Skip to content
Here’s how White Light celebrated, curated and covered the biggest day in whisky – and started our very own Glastonbury of whisky along the way

This year’s World Whisky Day once again united whisky fans worldwide through the warm glow of the water of life. Taking place on Saturday 15 May 2021, this year’s event marked a decade since its launch in 2012. From humble beginnings in the mind of Blair Bowman, the day’s founder, to when White Light Media came onboard in 2015 to take the event to the next level, to this year’s launch of the World Whisky Weekender, it has been a truly incredible journey.

Despite ongoing restrictions preventing us from celebrating too much in person, we wanted to mark our tenth anniversary in style. Here’s how we brought the global whisky community together this year to mark this extra special milestone. 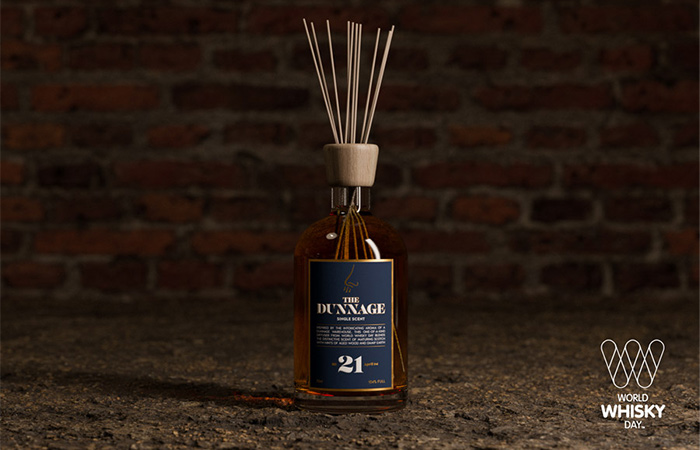 In the build-up to the big day, we announced our very serious launch of The Dunnage, a dunnage warehouse-inspired reed diffuser. Released on Thursday 1 April (for some reason?), this “olfactory ode to the art of maturation” promised to transport all who took a whiff to their very own personal dunnage warehouse. Featured in The Scotsman and Whisky Magazine, the reaction to The Dunnage on social media ranged from incredulity to amusement to earnest requests for orders. It was wonderful to work with Where Giants Roam (previously Render UK) to create the stunning 3D visuals below – you can check out more of this talented bunch’s work here.

Tenth birthday parties are typically celebrated with cake, candles and a few rounds of pass the parcel. But when you’re at the helm of one of the biggest events on the calendar celebrating a globally beloved spirit, how do you celebrate such a momentous anniversary? With your own festival, of course!

The concept for the World Whisky Weekender was to bring together some of the biggest and brightest names in the industry for a three-day virtual festival of the water of life. We wanted to showcase a diverse array of makers, experts and ambassadors from around the globe, highlighting the pioneering innovations and community spirit for which the industry is known.  With the idea in place, it was time to put our plans into action.

Together with our event partners Gallus Events, we chose to host the Weekender on Balloon, a virtual events platform, as it offered excellent interactivity, ample customisation and a user-friendly interface. We also compiled a schedule of whisky-centric content that would appeal to a diverse audience of seasoned specialists and curious newcomers alike.

The inaugural World Whisky Weekender proved that the industry continues to move forward, embracing the new and unconventional. ‘Highball’ was the word of the weekend: from the demonstration of the Sunrise Highball as the official World Whisky Day 2021 cocktail to the live creation of Johnnie Walker Highballs by Global Ambassador Ervin Trykowski (@scotch.boy) and Master Blender Dr Emma Walker.

Highlights included a panel discussion on the topic of sustainability, which unpacked the environmental impact of the whisky industry and highlighted how distilleries are changing to become more eco-conscious. A session on ‘new world’ whiskies hosted by journalist Becky Paskin featuring drams from Australia, New Zealand and Norway was hugely popular, as was the virtual tour of the Dewar’s Aberfeldy Distillery in Perthshire led by Brand Ambassador Gary Ross. A live tasting and roundtable with the talented team at Cardrona Distillery in New Zealand was as entertaining as it was edifying.

Scottish poet and former Scots Makar Jackie Kay made a surprise appearance, raising a dram and offering a moving performance of her poem ‘Here’s Tae Ye!’. This tribute to her late mother dons the label of the inaugural charity bottling of Makar’s Malt whisky released on International Women’s Day 2021.

The Weekender also saw the return of the much-loved Big Fat Whisky Quiz, hosted by Blair Bowman alongside Matthew Cordiner, Joseph Trotter and Dr Chris White. It was during the famous Pictogram round that we witnessed the birth of Jerry Facecloth – a moment which reduced Blair to tears. Check it out for yourself here.

The world’s press once again got in on the action, spreading the good word of whisky far and wide. Both the World Whisky Weekender and World Whisky Day attracted coverage from such news outlets as CNN, The Scotsman, the Daily Record, the Daily Star and The Telegraph India, and were mentioned by the likes of VisitScotland, Outlander’s Sam Heughan and Forbes India – to name just a few.

Over the course of the weekend, #WorldWhiskyDay trended in the UK and reached the top three trending hashtags in Edinburgh and the top five in Glasgow. #WorldWhiskyDay, #WorldWhiskeyDay, #WhiskyDay and #WorldWhiskyWeekender had a combined reach on Instagram and Twitter of over 85.7 million – an increase of 20% on last year’s figures.

Social feeds were rich with whisky-themed events, drams enjoyed on hikes, and four-legged friends: canine, feline and equine. Over on Instagram, we created our very own set of World Whisky Day animated GIFs so everyone could add an extra bit of whisky magic to their stories on the day. You can see a couple of examples above.

It was great to see that there’s still as much thirst out there for sharing and participating in World Whisky Day as there is for whisky itself.

We were delighted with the success of the World Whisky Weekender and the positive feedback from participants and attendees alike. Thanks to everyone who got involved!

With plenty of ideas for improvement and development, next year’s festivities will be bigger, better and more inclusive than ever, ideally taking on a hybrid format with live events around the globe complementing virtual celebrations. Watch this space!